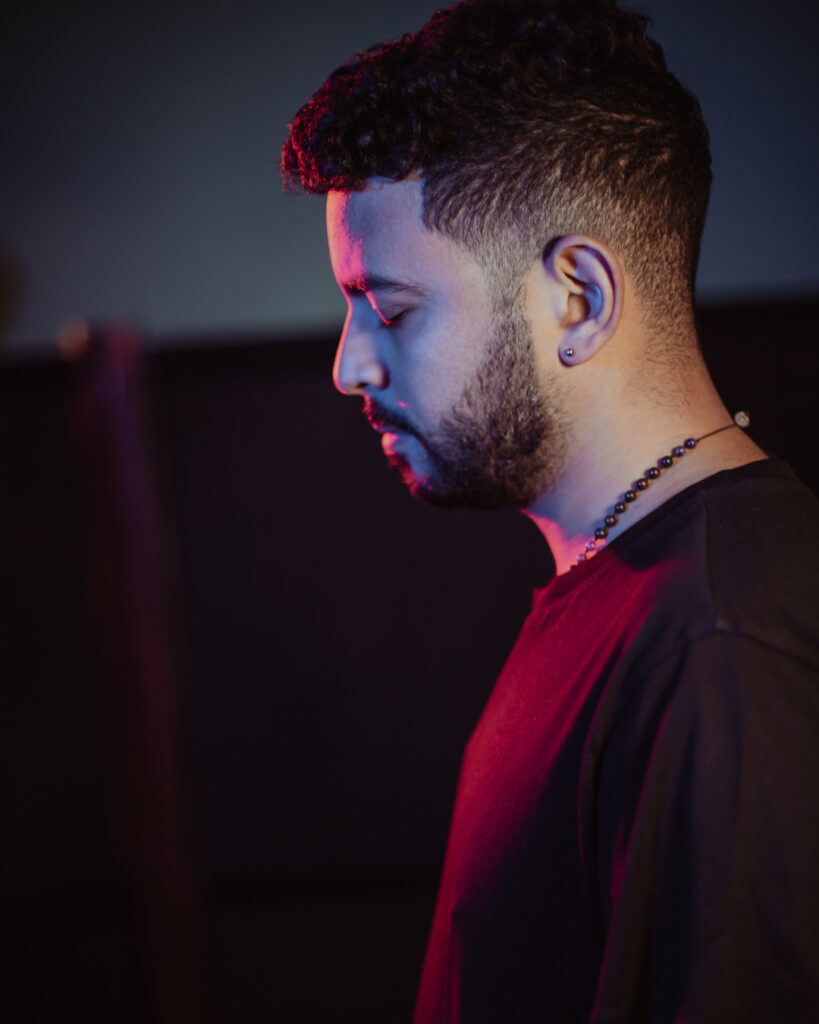 Born in the city of Casablanca, Abdeslam Alaoui, known under the pseudonym of Daox, set his sights on a career in music at an early age after getting hooked on classic old school hip hop and electronic acts, such as Aphex Twin, Amon Tobin, Model 500, Ken Ishii amongst others…
Since those days in his early teenage time, this talented young man has become one of the finest young DJs to emerge from the thriving North African underground scene, regularly playing at many of the local main venues and international events. He has also been essential in the rise of the Moroccan music market in the last decade.

Between 2011 and 2014, Abdeslam founded and organized many events under the name of Runtomorrow in Morocco, at prestigious venues such as the Fellah Hotel. The organization was launched to set up quality events, as well as to invite international & local DJs to perform in Morocco. Runtomorrow’s events took also places in European cities like Lisbon and Paris (2015 – 2016), in venues such as Rex Club and Nuits Fauves Club, with artists like Somne, Locked Groove, Speedy J, Kyle Geiger and more :

In 2012, he launched the first techno-oriented brand event called “Parallels” at the Boultek Technopark. The parties gave many opportunities to a bunch of local DJs to express themselves in a place where they can play underground sets and gather around the same ideology of an open-mind music
Parallels 1
Parallels 2
Parallels 3

As of 2013, he became the Main Artistic Director of Pacha Marrakech, where he invited many international artists, most of them for a first time in Morocco. He eventually started booking throughout the whole country names such as Vaal, Dj Tennis, Shaun Reeves, Ryan Crosson, Cadenza’s DJs , Lee Burridge, Seth Troxler, Pete Tong, Art Department, Mind Against, Clockwork , Luciano and many more…

In 2014, he organized and curated an artistic residency and studio recording at the Fellah Hotel, with international artists James Holden, Vessel, Floating Points, Biosphere, combined with two local legends Maâlems Gnawa: Maalem Guinia & Maalem Kouyou. The result of this 7-day workshop was then performed and streamed worldwide via Boiler Room, a first ever in the MENA region!

With a wealth of experience at such a young age, he was eventually hired as a consultant for many international festivals who wished to penetrate and showcase in the Moroccan market.

Most notably, he was the help that brought France’s Nuits Sonores Festival to Tangier.
In 2016, he eventually co-founded the MOGA Festival in Essaouira, which he runs as the festival Artistic Director. In just 3 years, the festival has already been showcased in major publications such as Billboard Magazine, and has received international artists which he curated, such as Kode9, Ron Morelli, Terekke, Huerco S, John Acquaviva, Ron Morelli,
Satori, Guy Gerber, Matthew Dekay, Kenny Dope, Ame and many more :

Subscribe to our weekly newsletter below and never miss an event and exclusive offer/Giveaway.

We use cookies on our website to give you the most relevant experience by remembering your preferences and repeat visits. By clicking “Accept All”, you consent to the use of ALL the cookies. However, you may visit "Cookie Settings" to provide a controlled consent.
Cookie SettingsAccept All
Manage consent

This website uses cookies to improve your experience while you navigate through the website. Out of these, the cookies that are categorized as necessary are stored on your browser as they are essential for the working of basic functionalities of the website. We also use third-party cookies that help us analyze and understand how you use this website. These cookies will be stored in your browser only with your consent. You also have the option to opt-out of these cookies. But opting out of some of these cookies may affect your browsing experience.
Necessary Always Enabled
Necessary cookies are absolutely essential for the website to function properly. These cookies ensure basic functionalities and security features of the website, anonymously.
Functional
Functional cookies help to perform certain functionalities like sharing the content of the website on social media platforms, collect feedbacks, and other third-party features.
Performance
Performance cookies are used to understand and analyze the key performance indexes of the website which helps in delivering a better user experience for the visitors.
Analytics
Analytical cookies are used to understand how visitors interact with the website. These cookies help provide information on metrics the number of visitors, bounce rate, traffic source, etc.
Advertisement
Advertisement cookies are used to provide visitors with relevant ads and marketing campaigns. These cookies track visitors across websites and collect information to provide customized ads.
Others
Other uncategorized cookies are those that are being analyzed and have not been classified into a category as yet.
SAVE & ACCEPT